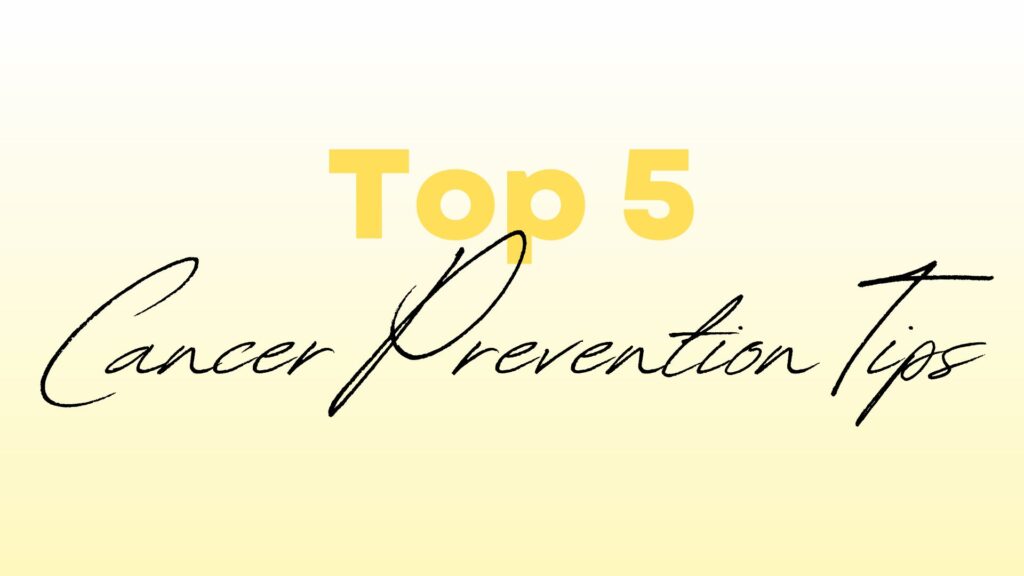 Q: So from your clinical perspective of working with oncology patients over the years, what would you say are the most common patterns of those that get diagnosed with cancer?

Dr. West:
I thought about this a lot because I know so many people are familiar with Dr. Nasha’s Terrain Ten, those Terrain Ten are big and important in clinical practice.

We see about five patterns that are the most important.

Stress, metabolic imbalance, inflammation and inflammation is just a cornerstone for everything because everything ties into inflammation, I think environmental toxins. And then I also think about immune function in the microbiome. So those are the five patterns that I tend to see the most in clinical practice.

The top most common patterns of those that get diagnosed with cancer:

1. Breathe
Dr. West: There’s so much more to this than just breathing. And the thing is, is that, first of all, breathing gets us in our body, right? It helps to root us again, but it also helps us to be in our true nature. And I think that we’re so, like I said, heady or busy doing other things that we. We get out of that, we forget what our true nature really is. And there’s other things that we’re defining ourselves by. And there’s something so special and sacred about just being with ourselves. And so breathing enables that to happen. Meditation is another avenue there. And then, you know, not only being in our true nature, but also being in nature. Nature, nature, nature, breathing and nature. There’s been studies showing that trees actually improve our immune function. And that’s why in Japan, so many people go forest bathing. And forest bathing means that they’re just essentially out in the trees. Study examples >

2. Move
Dr. West: We do need to be moving and I’m sure that you’ve heard this and I’m sure a number of people have heard this, but sitting is considered the new cigarette or smoking. So we need to be getting up, I would say, every 45 minutes, get up and move for even if it’s two or 3 minutes, you’re moving your body, you’re getting your blood flowing, you’re getting your lymphatic system flowing. It’s important. We need to be doing that and we’re meant to be moving again, going back to ancestors. We weren’t sitting at a desk all day. We were hunting, we were gathering food, we were hunting, we were migrating. So we need to be moving. I do think that at least 20 to 30 minutes a day of some form of routine exercise where you’re devoting to that. That movement is important, but we can’t think, oh, well, we did the 20 to 30 minutes this morning, so now it’s fine for us to sit all day so we don’t have to keep exercising, but it’s important to move. So I think movement is important.

3. Fasting
Dr. West: Getting at least 13 hours a night away from food and having the key to that’s going to be 3 hours between finishing dinner and going to bed.

4. Eating an Anti-inflammatory Diet
Dr. West: It’s so easy for us to have processed foods now. And then the other thing that happens is people get away from peanuts or get away from gluten as almonds tend to become a big part of our diet. And those are super high in omega six and the American diet. And I know you had Jess Kelly on and she talked quite a bit to this. I love Jess. But the thing about the American diet is that we tend to be so overloaded in omega sixes and we don’t have enough omega three and omega three are anti-inflammatory foods. And if we know that inflammation is one of the largest drivers of cancer, then the first thing we can do is be aware of what we’re putting in our mouth. And I think one of my favorite things that I always recommend to my patients is fish oil, olive oil. I think we have some really therapeutic oils out there that can be helpful. And then really trying to stay away from unprocessed foods and eating whole foods, kind of going back to being social creatures. We were also meant to eat whole foods. We weren’t meant to have processed things.

5. Cultivating Community
Dr. West: I will never forget when I got out of medical school, someone said, you know, medical school teaches you how to be a safe doctor, but it doesn’t teach you how to be a good doctor. And so it really is the practice of medicine. And as I’ve worked with oncology patients over the years, I have discovered how important community is. And I think that we have gotten away from that in our social media world and we are social creatures, but it’s not that we aren’t meant to be social on the computer, we’re meant to be with other people. And so I think cultivating community is a really large aspect of that. And they have actually done studies on ovarian cancer, breast cancer, and women who have a strong social network specifically with other women, sorry guys, but it’s been with women that they have significantly improved overall survival rates. So there’s something there for that.

Listen to the complete podcast with Dr. West and Ivelisse Page below, it is full of additional tips and details: