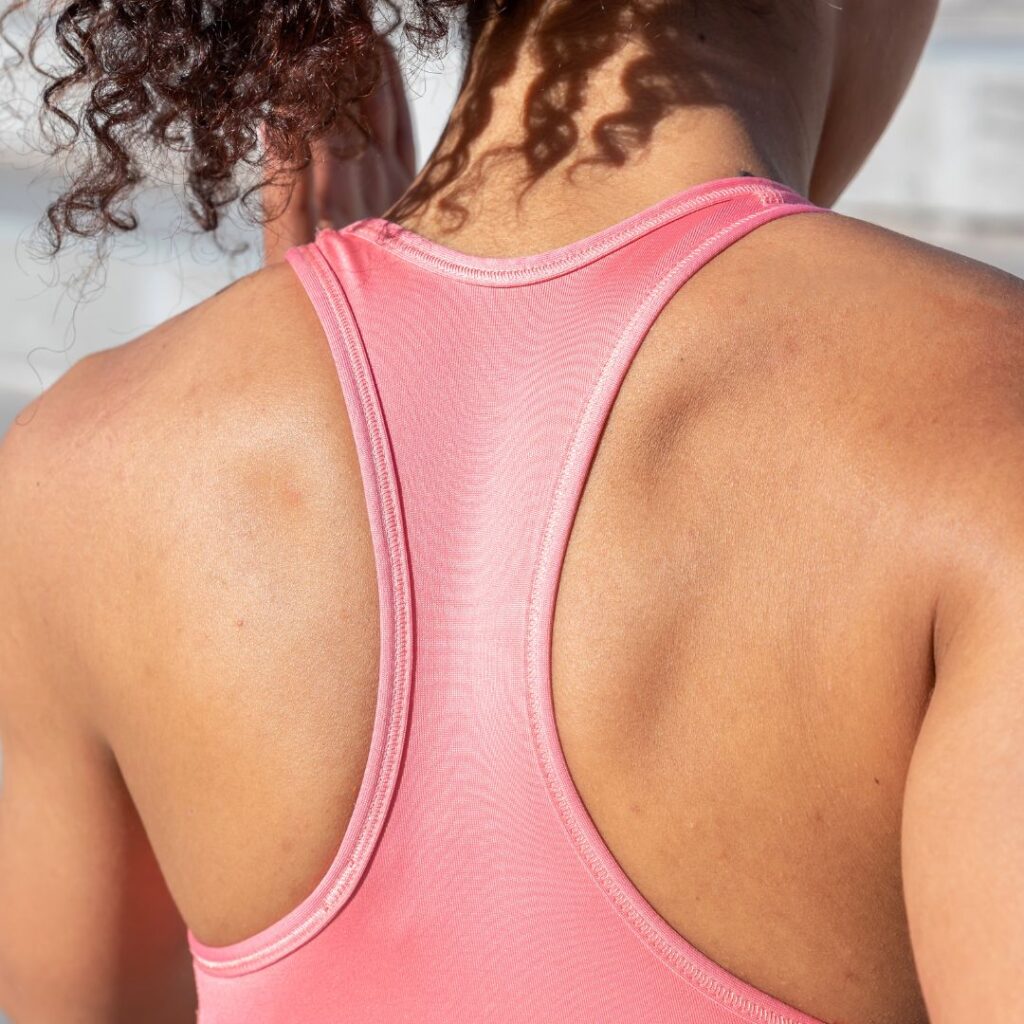 Sports bras sold by Athleta, PINK, Asics, The North Face, Brooks, All in Motion, Nike, and FILA were all tested for BPA in the past six months, and the results showed the clothing could expose wearers to up to 22 times the safe limit of BPA, based on standards set in California, according to the Center for Environmental Health. The CEH, which conducted the testing, is a non-profit consumer advocacy group focused on exposing the presence of toxic chemicals in consumer products.

The CEH said Wednesday it has sent legal notices to the companies, which will have 60 days to work with the center to remedy the violations before the group files a complaint in California state court requiring them to do so.

To date, the watchdog said its investigations have found BPA only in polyester-based clothing containing spandex. “We want brands to reformulate their products to remove all bisphenols including BPA. In the interim, we recommend limiting the time you spend in your activewear by changing after your workout,” the group said.

Athleta, Nike, Reebok, The North Face and Victoria’s Secret (which owns PINK) did not immediately provide a comment.

BPA (Bisphenol A) is found in a large number of everyday products, from water bottles and canned foods to toys and flooring. In adults, exposure to BPA has been linked to diabetes, heart disease, cancer, obesity and erectile dysfunction.

Premature death was also associated with BPA exposure, a 2020 study found. More recently, BPA has also been linked to asthma in school-age girls.

“People are exposed to BPA through ingestion, from eating food or drinking water from containers that have leached BPA, or by absorption through skin,” Kaya Allan Sugerman, CEH’s illegal toxic threats program director, said in a statement.

“Studies have shown that BPA can be absorbed through skin and end up in the bloodstream after handling receipt paper for seconds or a few minutes at a time. Sports bras and athletic shirts are worn for hours at a time, and you are meant to sweat in them, so it is concerning to be finding such high levels of BPA in our clothing,” Allan Sugerman said.

Over the past year, the group has asked more than 90 companies, including Walgreens and socks and sleepwear brand Hypnotic Hats, to reformulate their products to remove all bisphenols, including BPA. Some have already agreed to do so.

Some better options we found online to try: